Wednesday may 16, We got up at 6:30 to catch the bus to the magic kingdom. We had 9:15 reservations at Be our guest. We arrived and avoided the crowd because I had pre-chosen what we wanted. Steve and I had the open face bacon and egg sandwich and the girls had croissant doughnut. $106.
We rode under the sea…then the girls met Ariel. We rode small world. We rode haunted mansion. We went to space mountain…. Sloane had a little issue getting into the car…but she conquered it and her fear. I was so very proud of her. We had ice cream sundaes…$20. We rode 7 dwarfs mine train. The girls met Gaston. We walked back to main street. The girls met Pluto. We waited for the parade at 3. After the parade, we ate at Tony’s. Shelbie had Fettuccini, Steve had chicken parmigiana and Sloane and I had spaghetti. They brought Sloane a birthday ice cream. Dinner was $133. We rode Pirates of the Caribbean. We rode the train. The girls wanted to come back to the resort…so we left. We got on the bus…and it began to pour down rain. It was a good call. We got back to our room and Sloane was asleep before 9.
Read More 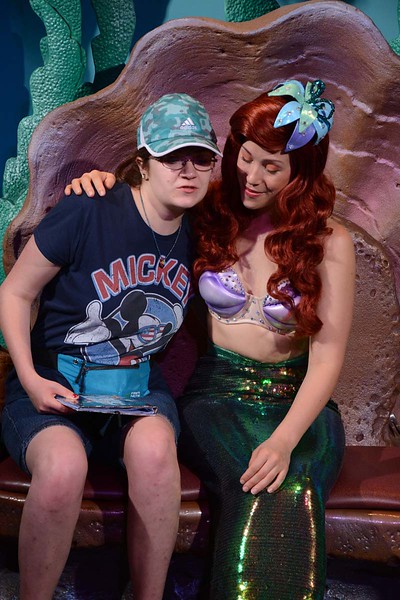